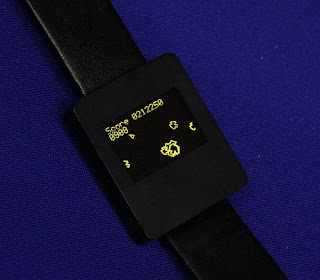 Firefighting. Perhaps you've been eagerly awaiting resolution of the cliffhanger. Would Pokey succeed in his firefighting duties? When I arrived, the arena was set up, but alas, only two robots were capable of taking to the field in competition. One was fielded by none other than our good pal, Chief Creator of Club Workshop, Stephen Garran.  The other was... my very own robot, Pokey!

It was a fight to the finish, a robotic grapple of epic proportion!  Metallic minions marching forth to do battle with the Candle, and roll home in victory--or defeat!

...except what actually happened is that Pokey didn't have a fan, and Stephen's robot spun around in circles. (sigh)

The fan motor circuit I had just put together was fatally flawed and so I disabled the fan. But I was able to teleoperate Pokey from my laptop and he consistently searched for and pointed at the candle flame when asked. Not very functional, true, but at least we were able to demo the concept of firefighting to the audience... less the excitement of actually putting out a flame. Ah well.

Robot Expo and Maker Faire. Rather than tell you, let me just show you some highlights. 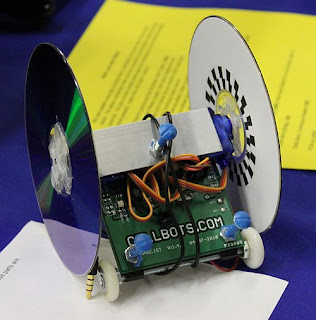 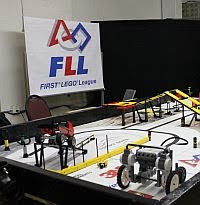 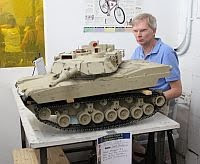 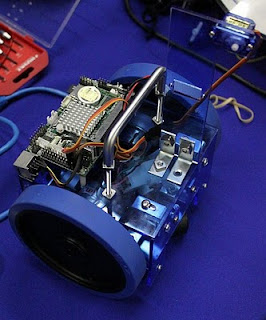 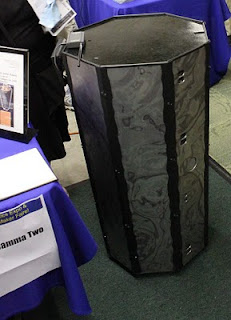 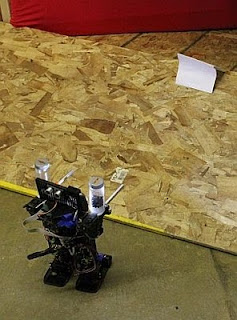 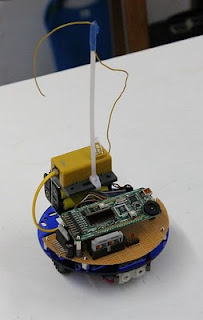 A cellphone controlled Mech faces off against a deadly paper target, left. I forgot whose small robot is pictured above right. 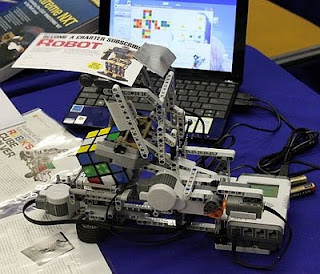 George built a Rubik's cube solver from online plans and software. It solved cubes in just a few minutes. 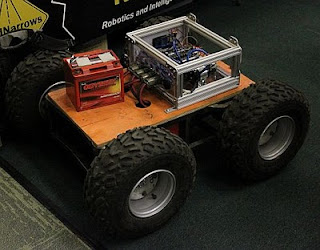 Extremely beefy rover robot with welded steel tube frame, gargantuan motor controller boards (a dozen TO-220 transistors per channel), wires as big around as my fingers, and dents in the frame that I suspect may have been caused by running down a full grown bull moose. 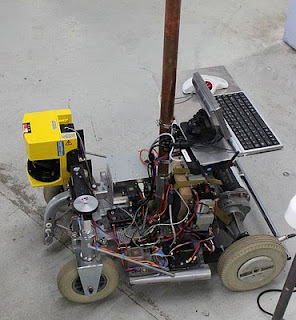 Kurt's robomagellan with laser rangefinder, GPS, and more.
This beastie was fielded at the Sparkfun Autonomous Vehicle Contest earlier this year. 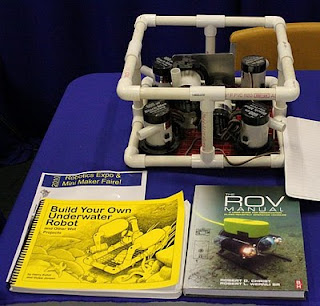