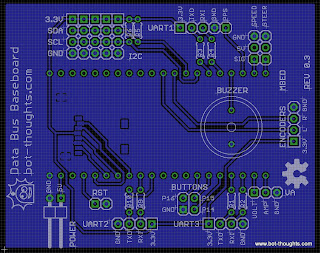 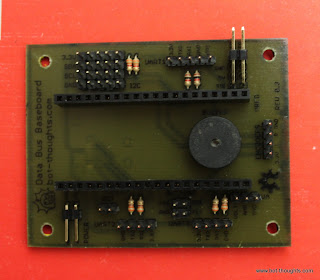 On the downside, that was the only success out of several attempts. The steady state heading errors, as well as a faulty left wheel encoder system, resulted in all kinds of failures.
Posted by Mike Shimniok 2 comments: 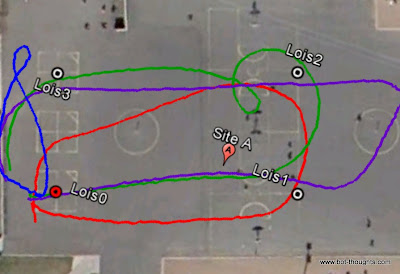 I decided to implement a PID controller on Data Bus to manage speed. Rather than repeat what everyone else has written about the topic, let me point you in the right direction and address a few practical points with code examples.

I'd be happy to hear from readers with more experience on PID implementation and tuning to further improve this article.

Here are a couple of good discussions about the topic....

At the demo, Data Bus, running autonomously, was traveling about 5m/s, slightly faster than the winning speed at last year's Sparkfun AVC. I believe my robot needs to be faster.

So, on Sunday, my little girl and I went down to the school and we bumped up the speed incrementally to see what would happen. The results were... not pretty. These gps plots closely reflect reality. 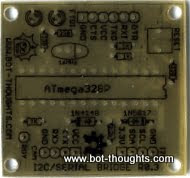 
I'm pleased to say the Demo went very well, thanks to an all night hacking session on Friday. I was able to address the GPS data lag and fuse GPS and gyro with a Kalman Filter.

Data Bus made 5 or 6 runs on Saturday, all successful. Position along the course was within about 2 meters.

The solution works well enough that even after crashing into one of the camera people, the robot still finished the course fairly close to the final waypoint.

Onto obstacle detection and avoidance! 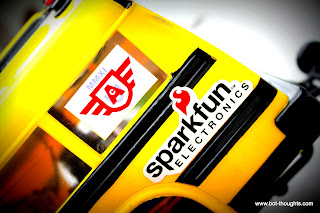 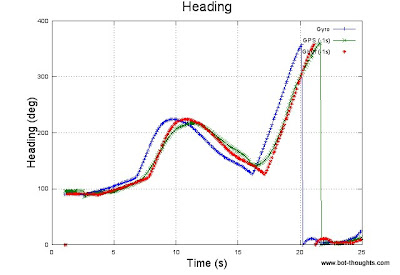 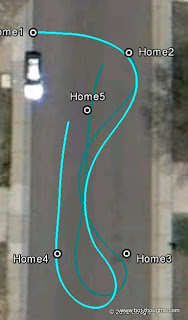 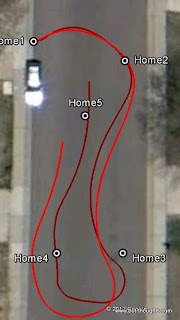 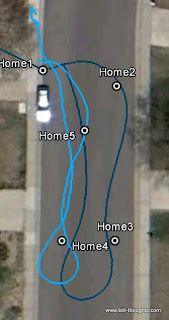 But, enough doom and gloom. Tomorrow is going to be a Cinco-de-Mayo Robot blast of a good time and I'll post the video to prove it! Stay tuned... 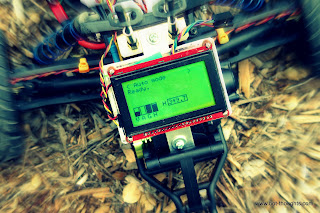