The last few months, within the free nooks and crannies of an incredibly hectic life, I've done my best to fit in work on my Sparkfun AVC entries, Data Bus and the still-top-secret SHARC entry. 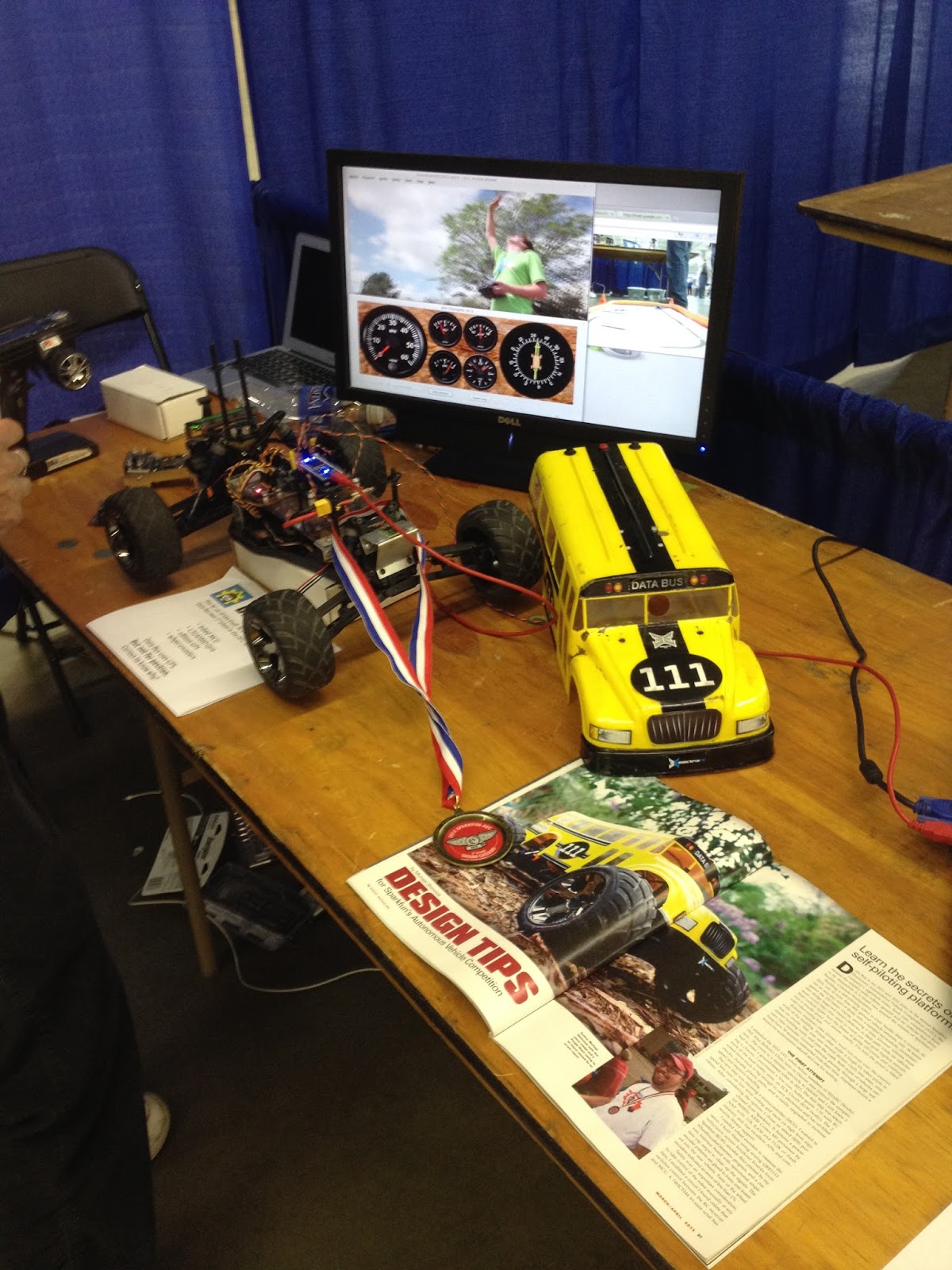 The triumvirate of robot expos are over: Robots at the Hangar, Denver Mini-Maker Faire, and Deep Space Open House. Prepping displays for these shows was daunting. My efforts to bring motion to Trash Bot succeeded. The Data Bus GCS is in good shape. Mom's clock project is wrapped up. And I've been working on OpenMV Camera as time permits with a small scale prototype run planned for the near future.

The challenges have been many. The family was hit with a string of illnesses, with my wife down for the count for a week straight in one case. I've been on travel almost 50% the last 6 weeks. My aging mom fell and went to the hospital and has been going through rehab. Numerous other regular life things have come along as well.

Several months ago, when I last tested Data Bus with the new path following algorithm, it made it to the second waypoint before its path started oscillating wildly.

In the interim I experimented with FreeRTOS, a number of code changes. But I never faced up to the strange path following behavior. After a couple months I had made a mess of things and reverted to an much earlier version, removing the RTOS. I haven't done a single test run in many months.

Data Bus is sitting next to me as I type, sporting a number of changes and hopefully getting close to another test run. I've added a map display to the Ground Control System. The robot now informs the GCS of its estimated position, waypoint locations, and the location of the pure pursuit lookahead point, the "rabbit" it chases around the course. The lookahead data is going to be key to troubleshooting the problems I saw before. It also logs this data to the onboard microSD card.

The deadline for a proof of concept video is end of May so it's time to step it up and get this robot working again.
Posted by Mike Shimniok