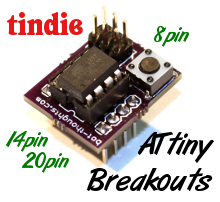 Did this help you? If so, do me a favor and share via redit, twitter, Google+, etc. Thanks!
Posted by Mike Shimniok