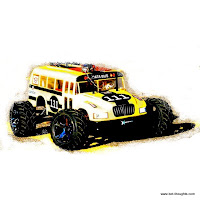 Current in-development version of the Processing program is here.
Posted by Mike Shimniok