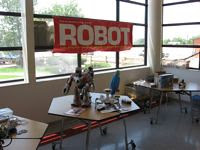 I had some sad news here recently and so haven't been in a frame of mind to post but am doing better now.

The Science & Robot Expo did occur as planned, and Pokey did make an appearance... but like most of the other robots, wasn't really ready, so we didn't do a formal firefighting competition and ended up just hacking on the robots a little bit.

Unfortunately turnout was a little bit light, but the kids that did show up were treated to some really neat displays--- of college projects, of 3d printed objects, robot football, kids-focused robotics, RC, and more. 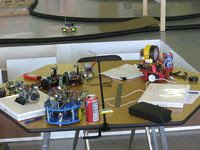 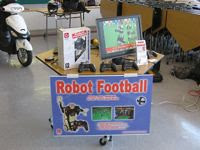